Two epidemics—the coronavirus and systemic racism—have spread across the United States, and Jurnee Smollett, like most Black people, is still trying to process them. “It’s a time of shifts, it’s a time of change, it’s a time of detox,” says the 33-year-old actress and activist in late June. “It’s a rest, yet it’s also filled with so much mourning and this collective grief that I know we’re all experiencing.”

She’s calling from California, a state that has seen a spike in COVID-19 cases in recent days, to talk about her latest project: Lovecraft Country, a new drama series premiering August 16 on HBO. The show, which takes place in 1950s Jim Crow America, feels disturbingly—but not unsurprisingly—timely. “The unfortunate thing about our nation is that [Lovecraft] could have been released on any day, in any month, of any year since 1619,” Smollett says, “and arguably, what we explore in this show would be relevant.” 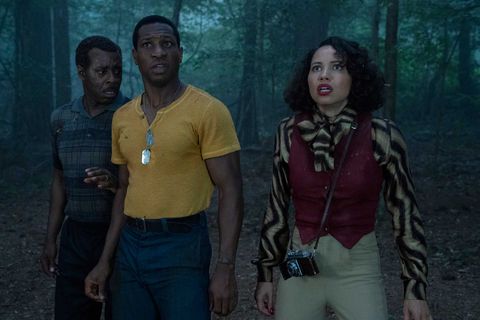 Based on Matt Ruff’s 2016 fantasy horror novel of the same name, Lovecraft Country follows Atticus, a young black man played by Jonathan Majors, on a road trip to New England in search of his father. Smollett plays Letitia, Atticus’s feisty, forthright friend, who joins him and his Uncle George (played by Courtney B. Vance) on the journey.

Along the way, the three encounter a plague of monsters—some human, some supernatural creatures that could have been conjured by horror author H. P. Lovecraft himself. “Our heroes go on a mission to bring down these powers, which happen to be white supremacy,” Smollett says.

Born in New York City, Smollett spent her childhood in New York and L.A., raised by a white Jewish father and Black mother who’d met through civil rights activism. One of Smollett’s earliest memories was of standing on a corner holding a protest sign after the police who’d beaten Rodney King were acquitted.

Around the same time, she was also becoming well known to a generation of television viewers as Denise in Full House, and Jordee in On Our Own (she starred alongside real-life siblings Jussie, Jake, Jazz, Jocqi, and Jojo in the latter). At age 11, Smollett won a Critics’ Choice Award for her title role in Eve’s Bayou; at 12, she volunteered for Artists for a New South Africa, a nonprofit that assists children orphaned by HIV/AIDS. 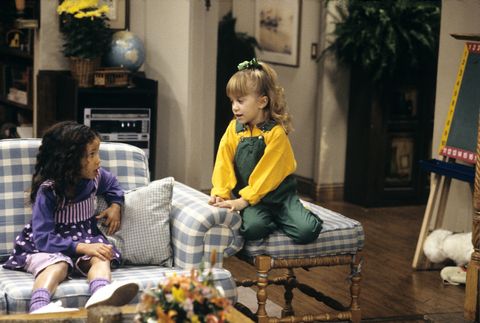 Smollett recalls a childhood of art, activism, and straddling the line between poverty and working-class. “Oftentimes, when we could afford to live in a certain neighborhood, we were the only Black family,” she says. 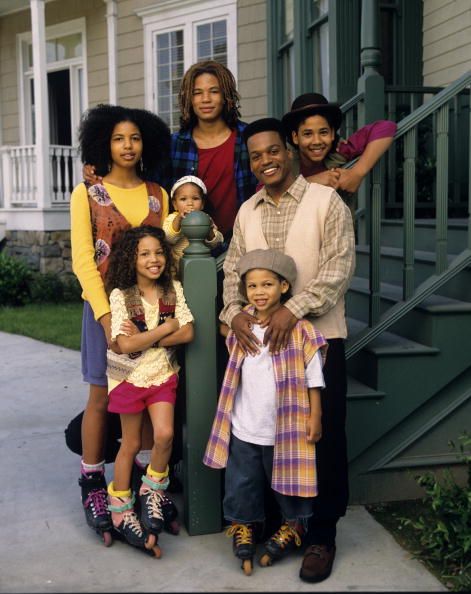 She drew from this personal history while working on Lovecraft’s third episode, in which her character renovates a large, rundown home in a white neighborhood with hopes of turning it into a boardinghouse—unleashing demonic forces in the process. “You cannot buy yourself out of systemic racism,” Smollett says.

Earlier this year, Smollett starred in Birds of Prey and in an episode of Jordan Peele’s The Twilight Zone. She’s also been an active participant in the L.A. chapter of Black Lives Matter, and is a founding board member of Time’s Up. 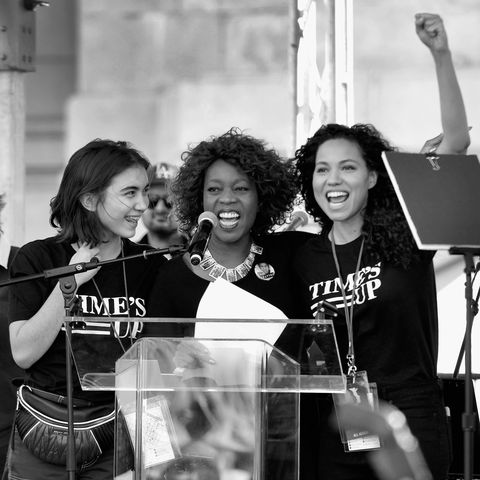 The actress hopes to raise Hunter, her three-year-old son with singer-songwriter Josiah Bell, with a similar drive to serve others. “I intend for Hunter to have a deeper understanding, a deeper consciousness,” she says. “We are ever-evolving and expanding as a society, and [we must] create space for every single person and every identity, ability, and gender identity.” 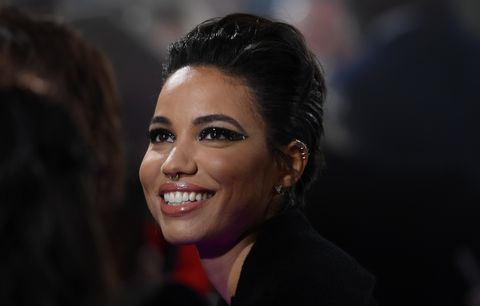 Smollett attends the Birds of Prey: And the Fantabulous Emancipation of One Harley Quinn world premiere in London in January.

Aside from being “a terrific actress, [Smollett] is just electric and amazing to watch,” says J. J. Abrams, who co-executive produced Lovecraft alongside Peele, Misha Green, and four others. “She’s got an incredible strength, both on screen and off.” Green, who also serves as showrunner, met Smollett on their previous show together, WGN America’s Civil War drama Underground. Green says Letitia runs through Smollett’s veins: “At the end of the day, Jurnee happens to be perfect for [the role] because [she and Letitia] have that same vibe of the fight and the power of what it means to be a Black woman—and looking things in the face.”

Indeed, Smollett feels “a visceral, ancestral connection to the oppression of my people, but also a connection to the uprising—we are survivors,” she says. “[Letitia] believes in disrupting the system. It’s so bold, so audacious, because that era was bent on erasing us, but she will not be erased.”

This article originally appeared in the September 2020 issue of ELLE.

GET THE LATEST ISSUE OF ELLE

Hermès New Lipsticks Give Fall A Warm Welcome
Yep, There’s a Reason Your Feet Are Always Cold
The Best Spring 2021 Fashion Week Hair Trends
<i>Watchmen</i> Season 2: Everything We Know
A Scaredy-Cat Recap of <i>Lovecraft Country</i> Episode 6: ‘Meet Me in Daegu’