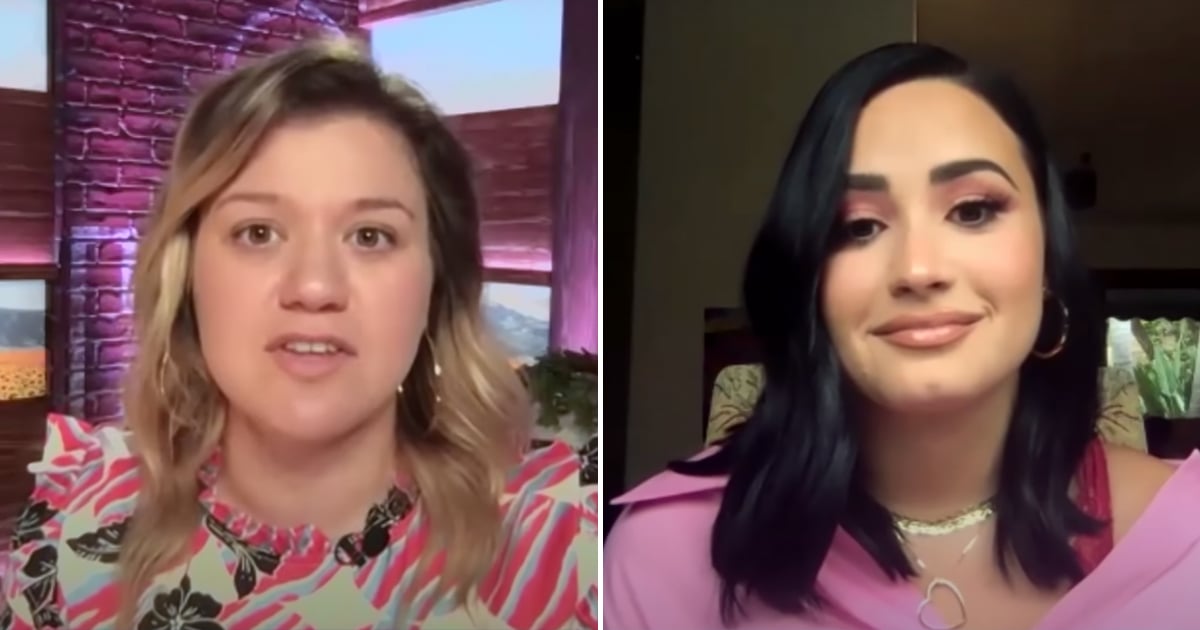 Demi Lovato and Links”>Kelly Clarkson know that taking care of your mental health is an ongoing process. On Thursday, the 27-year-old singer and mental health advocate hopped online for an appearance on The Kelly Clarkson Show, where she praised the daytime host for setting such a strong example for her as a youth. “You were like the first idol that I ever had and I wouldn’t be the artist or even the person that I am with being so outspoken and vulnerable and fearless if I hadn’t had you to look up to,” Lovato said. “I looked at you as my idol growing up.”

Clarkson applauded her for being so open about her own journey and the beautiful place she’s in today, because she knows that Lovato’s openness helps so many fans feel less alone — and Lovato said she got it from watching how Clarkson did the same. “You are fearless, courageous, and real as f*ck and I love that about you and when I was younger I always thought to myself, ‘If I ever make it I want to be like her because she’s real and she’s genuine,'” Lovato said.

While everyone has had their own journey and way that they’ve confronted different mental and emotional hurdles, the two powerhouse women undoubtedly agree that the work is never finished. “Even when you overcome something, they’re like, ‘OK, she’s already overcome that.’ Like no, no, no, it’s a daily effort trying to be positive,” Clarkson said. “That’s not a given that you’re just over it and you went to some magical therapy session. That’s a daily thing that you work at and a daily thing that I work at.”

Watch Lovato and Clarkson openly and wholeheartedly discuss mental health above, and then check out this therapist’s advice for practicing positive self-talk.